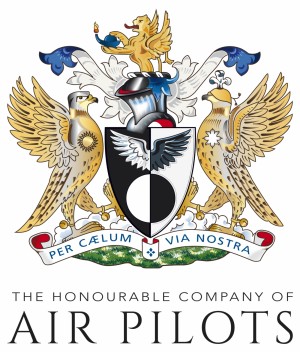 UNSUNG heroes of flight have been recognized alongside military and commercial aviators – as well as two prominent overseas female flyers – among the annual Trophies and Awards awarded by the Honourable Company of Air Pilots.

This year the leading Award of Honour, which recognises a lifetime’s contribution to the aerospace industry, has been jointly made to British-born engineer John Tribe, who spent the bulk of his career on the United States’ space programme, and Air Chief Marshal Sir Patrick Hine, who was joint commander of all British forces in the First Gulf War in 1991.

John Tribe was a young trainee pilot when his ambitions to fly were stymied by a failed medical. Not deterred, he became an apprentice engineer with de Havilland before crossing the Atlantic to immerse himself in the rocket launching business. This led to work as an engineer on the launch pad of the Atlas rocket, where he worked with famous astronauts such as John Glenn.

Tribe later managed propulsion systems on the Apollo missions, which sent man to the moon, and led the investigation by contractor Rockwell into the Apollo 13 flight accident. He was also involved in the Shuttle programme, ending up as Chief Engineer on the Shuttle Orbiter. He also led the Rockwell team at Kennedy Space Centre on the investigation into the Challenger disaster and returned from retirement to work on the probe into the Columbia disaster in 2003.

Sir Paddy Hine enjoyed a long and distinguished career in aviation and aerospace. He joined the Royal Air Force aged 18 as a National Serviceman, flying the Meteor and Hunter fighter jets. He was a member of the world famous Black Arrows aerobatic team, went on to fly the Lightning supersonic interceptor and commanded fighter squadrons, RAF stations and senior staff appointments.

In 1991 he was the Commander in Chief of Strike Command and was made Joint Commander of all British Forces during the First Gulf War. On leaving the RAF he became Military Adviser to British Aerospace until retirement in 1999. He played a significant role, globally, in enhancing the reputation and success of the British flagship aviation company.

The annual Air Pilots’ Trophies and Awards are regarded as being among the world’s premier aviation accolades and are particularly noteworthy because the recipients are selected by fellow flyers from both the military and commercial sectors.

Two stunning examples of determination and aviation excellence have also been highlighted by this year’s awards.

Leisure pilot Donacella Ricci, who is also the programme manager for the NH90 helicopter for Leonardo in Italy, set a world altitude record of 27,556 feet in a Magni M16 autogyro – all without a parachute and in daunting cold. She displayed determination, courage and resolution of a high order and demonstrated great professional engineering and aviation acumen.

The campaign was self-financed and Ricci used a standard production autogiro, overcoming all technical and human actor obstacles to take her craft to her own and its limits. She is awarded The Myles Bickerton Trophy.

Another person recognized for a career in flight was Canadian Captain Rosella Bjornson, who took her first flying lesson in 1964 on her 17th birthday. Her initial enthusiasm was fostered by her father, himself a private pilot. Bjornson knew from an early age that she would be a pilot, despite being told by a careers counsellor that it wouldn’t happen ‘because she was a girl’.

By 1969 she was a flying instructor and working at a flying club near Winnipeg, became the first woman to be awarded the Royal Canadian Flying Clubs Association Gold Seal of Proficiency.

Having accumulated 3,500 hours Bjornson was looking to join the airlines in 1973 but her applications met considerable resistance. She took a BSc at the University of Calgary to boost her chances of employment but was still faced with many refusals and rebuttals. Transair recognized her worth and she became the first woman to be a First Officer on a commercial jet in North America. She was also the sole woman among 2,800 men to be a member of the Canadian Airline Pilots Association.

When she became pregnant in 1979 Bjornson lost her medical rating, working at home to research and amend regulations to allow women to fly until six months pregnant.

On returning to work, she joining Air Canada, becoming upgraded to Captain in 1990 and becoming the first Canadian female captain.

Captain Bjornson only ever claimed to be following her own ambition but had to achieve that through quiet, dogged determination and recognizing, and inevitably putting up with sexism and the barriers to women that existed at the time. She helped make airline pilot a viable career option for women in Canada. For her achievements she is awarded the Master’s Commendation.

In the year that British naval aviation was back in the spotlight with the arrival of the aircraft carrier Queen Elizabeth in Portsmouth, a veteran Fleet Air Arm pilot is also being recognized for his service.

Commander Bertie Vigrass joined the Royal Navy on the day of the famous Taranto raid – 11 November 1940 – at the age of 19 and was determined to become a pilot.  He went on to fly Swordfish biplanes from the deck of HMS Illustrious during the Second World War and later flew Seafires in the Royal Navy’s Volunteer Reserve. After retiring, Vigrass devoted his energy for the next 20 years as Controller of Operations at the Naval Gliding Scholarship Course programme of the Fleet Air Arm Officers Association Aviation Scholarship Trust, helping to sustain the notion of naval aviation in air-minded youth. He was also involved in raising funds each year from corporate and individual sponsors to enable the scheme to thrive.

The Sword of Honour is this year awarded to Stephen Grey for his enormous contribution to the UK’s air display industry.

Over 25 years ago Grey established the Fighter Collection at the Imperial War Museum, Duxford, with the aim of collecting every single Allied fighter from the Second World War. He was already displaying his vintage P-51 Mustang at air shows around Europe. His subsequent commitment to display flying and aircraft restoration over almost four decades has provided the UK and Europe with a collection of airworthy heritage aircraft that is almost unmatched.

The annual two-day Flying Legends at Duxford each July, organised by Grey’s Fighter Collection, is today regarded as one of the world’s finest air displays.


For further information please contact the Honourable Company of Air Pilots at:

1. The Honourable Company of Air Pilots
The Air Pilots was established as the Guild of Air Pilots and Air Navigators in 1929. It is based in London but has an internationally based membership of professional and private pilots. The principal activities of the organisation are centred on developing action and activities to ensure that aircraft are piloted and navigated safely by aviators who are highly competent, self-reliant, dependable and respected.