Government proposed measures for use of drones in the UK

Flight Crew "spaced out" on fumes

U.K. to Canada WestJet B767 diverts to Iceland: http://www.theglobeandmail.com/news/national/uk-to-canada-westjet-plane-declares-emergency-lands-in-iceland/article31817290/

Capt removed from Sunwing B73 flight deck before first sector from Calgary: http://www.theglobeandmail.com/news/national/calgary-police-charge-pilot-allegedly-impaired-passed-out-in-cockpit/article33464543/?reqid=45b1b0db-2272-42a5-aa15-832e49f39d39

A consultation on drone safety was announced today by the Department for Transport and the move has been welcomed by pilots.

The government is launching the consultation to try to integrate drone technology safely into our skies, while recognising the huge economic benefit they can bring.

The government says it is committed to taking steps to protect the public and tackle irresponsible or illegal behaviour and the new safety measures under consultation include:
•         registration of new drones
•         new signage for no-fly zones at sensitive sites such as airports and prisons
•         tougher penalties for illegal flying near no-fly zones
•         a drone traffic management system to ensure safety and enable more complex drone operations in the future
•         making drones electronically identifiable so the owner’s details can be passed to police if they are spotted breaking the law

“We need to understand more about the threat drones pose and BALPA is working with the government and regulators to ensure this is an issue that’s being taken seriously in the corridors of power.

“Drones are here to stay, and as this technology develops and becomes more important in the aviation world, it is vital they are integrated into the airspace in a safe and sensible manner.

“Pilots are concerned about the growing number of near misses and the potential for catastrophe should a collision occur.

“At the same time BALPA believes drone operators, especially hobbyists, need to be made aware of the potential dangers of irresponsible flying. We support the DfT in pressing for better education, compulsory registration and high profile prosecution for careless operators.” 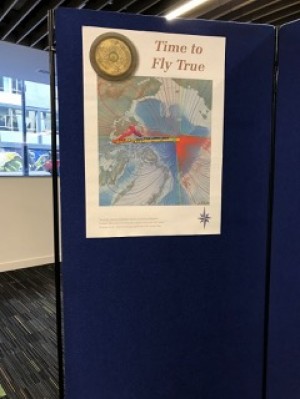