The Sword of Honour

Awarded for an outstanding contribution to General Aviation.

The name Pooley has been synonymous with PPL to ATPL training in the UK and overseas for 65 years.  Robert Pooley, better known in aviation circles as Bob, joined the Royal Air Force in 1953 as an airman. He trained as a fitter on jet engines and was then posted to Germany to join 4 Squadron working on Vampires and Sabres.

He returned to the UK to complete his four-year National Service. He subsequently joined De Havilland’s Field Service Department before transferring to DH Comet Flight Test. During his first year at De Havilland he completed his PPL(A) flying Tiger Moths and Austers. It was at this time that his interest in pilot training equipment started. His first kneeboard was made on the night shift at De Havilland.

He acquired a share in a Hornet Moth and entered the Swiss Watch Rally. John Cunningham’s secretary Yvonne Pereira (now Trueman) got involved with the upkeep of the aircraft and so started a romance that led to an aviation wedding the following year. 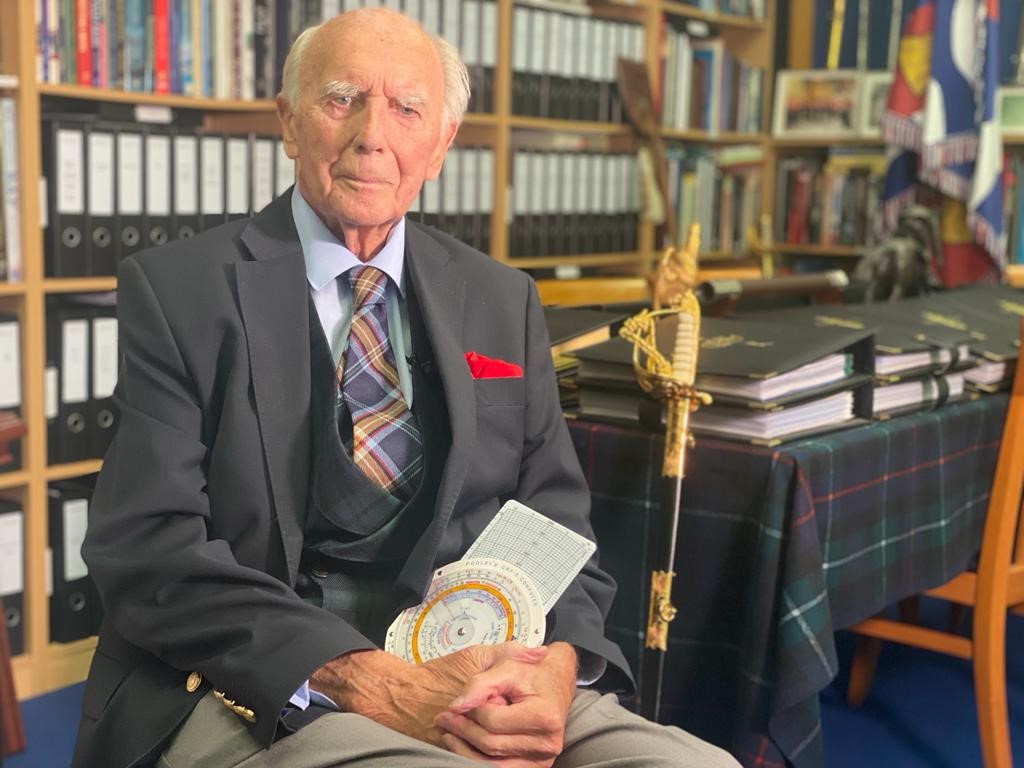 Bob started a company called Airtour International which quickly grew, with their first offices at Elstree Aerodrome followed in 1965 by a factory in Cranfield. The first Pooleys Flight Guide was completed in 1962 with Yvonne typing up Bob’s notes on DH paper. The product range started to expand and by 1964 they had completed the CRP-1 Flight Computer or wizz-wheel. Then in 1965 came the CRP-5, a product that continues to be widely used in ATPL training the world over. Pooley also produced a number of bespoke items included a calculator for Concorde.

In the late 70s, Robert married Lyn and their new home at Felden soon became the hub for editing the Flight Guide and in the early 80s, the base for editing the Air Pilots Manuals by Trevor Thom, the go-to series that revolutionised PPL training. Over 250,000 pilots worldwide have used the series and they continue to be the manuals of choice for the majority of schools in the UK.

Felden will be fondly remembered by many in the Air Pilots for the aviation garden parties that were hosted there. In addition, it was the launch site for the annual Heathrow Air Traffic Controller’s London Heli Routes fly out organised by the Helicopter Club of Great Britain. Bob was an early member of the HCGB having gained his PPL (H) in 1967. He became Chairman of the Club and was instrumental in setting up the first World Helicopter Championship. Indeed, he went on to run the second Championship at Castle Ashby.

From 1964 Bob was deeply involved with the Army Air Corps. In particular as Trustee for the Museum of Army Flying Development and as a Director of their International Air Show. When the MOD cut funding for that event, Bob, in collaboration with the AAC and HCGB, ran its successor Helimeet.

He played an active role in the Royal Aero Club becoming Vice Chairman. He also became deeply involved in the Balloon Club becoming Chairman in the 1980s. At one time, Bob’s company was making hot air balloons from their factory in Cranfield including one for the Army Air Corp. He gained his Ballooning licence in 1982.

Bob became a member of the Guild of Air Pilots and Air Navigators in 1964 and took office as Master in 1987. As he does with all his projects, he threw his heart and soul into improving the Guild and ensuring that it served aviators in the best possible way. The Guild’s history records the impact of his ideas, many of which continue to shape the Honourable Company to the present day. His philanthropy and generosity within the aviation community has been a life-long commitment.

Even before setting up Pooley Sword, Bob donated swords to many aviation organisations including AOPA, Aerobility, the LAA and the Air Pilots to honour the outstanding achievements of the recipient.

For his outstanding contribution to General Aviation, it is therefore very appropriate that Robert Pooley is a deserving recipient of the Sword of Honour.