Awarded to an individual under the age of 30 for outstanding achievement and endeavour in any field of aviation. 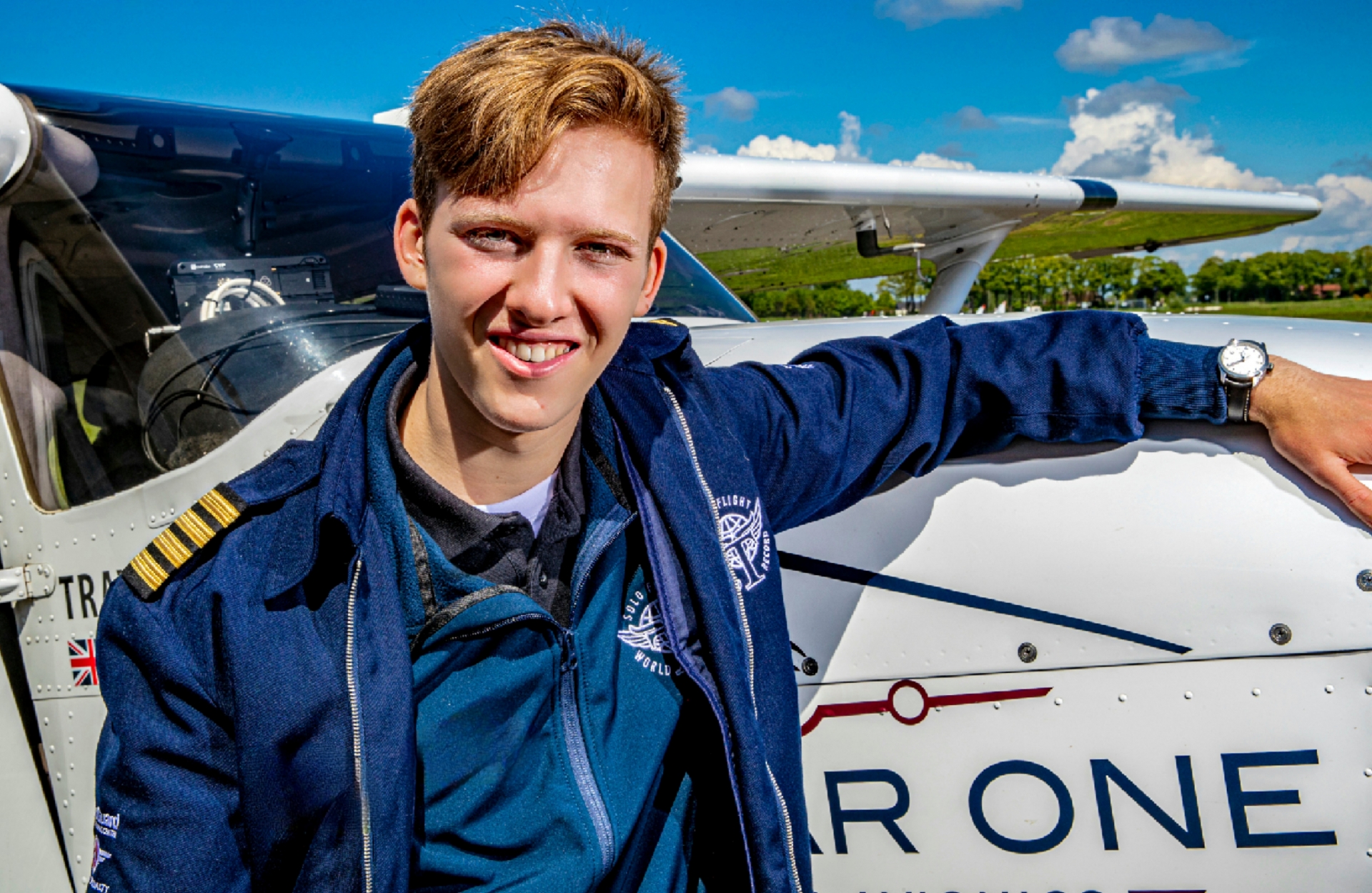 Travis is an exceptional young man who became a Guinness World Record Holder last year by flying solo around the world in a single engine aircraft. Whilst this is a major achievement in itself for any experienced pilot, Travis’ achievement is even more impressive in that he accomplished this at the age of just 18 years and 150 days old and in doing so, became the youngest person to hold this record, 13 days younger and 31 days faster than the previous record holder.

Travis completed his epic journey in just 43 days and he flew 22,307 nautical miles (40,072km) during his expedition.  His record-breaking flight in his Cessna 172R took him across Europe, through Russia and the Americas (North, Central and South), before returning via Canada, Greenland and Iceland. The planned route took in 53 stops across nine continents and 21 countries.

Travis’ journey to this career highlight is equally as inspiring. Like many, Travis’s love of flying started when he was a 4 year old child who insisted that his bedtime story was an extract from his stack of aeroplane magazines. He started to make his dream become a reality, when in pursuit of his ambition he started flying at the age of 12, becoming the UK’s youngest glider pilot at 14.

Never faltering in his aspiration, Travis flew solo the day after his 16th birthday and went on to pass all nine ground school exams with 6 months to spare. He then went on to complete his PPL in the same year, months before he could even legally hold his licence. Whist he was technically qualified, CAA rules stated that the minimum age to hold a licence is 17 and he was therefore required to wait until 8am on the morning of his 17th birthday to pick up his PPL licence from the UK CAA, when he became the UK’s youngest certified PPL pilot.

He is a truly remarkable pioneering individual, who now dedicates his spare time in the pursuit of sharing his experiences with future generations of pilots by presenting at conferences around the globe and sharing content through his social media channel, inspiring them to follow their dreams. Travis Ludlow is a very deserving recipient of the Grand Master’s Medal.